This section provides overview and information on using Siddhi.

"Siddhi" is named after "Event" from the Sinhalese language. Siddhi is a stream processing and complex event processing platform that can be used to build fully-fledged event-driven applications. It can be embedded in Java and Python applications, run as a microservices on bare-metal, VM, or Docker, and run natively at scale in Kubernetes.

Checkout the Siddhi features to get an idea on what it can do in brief. 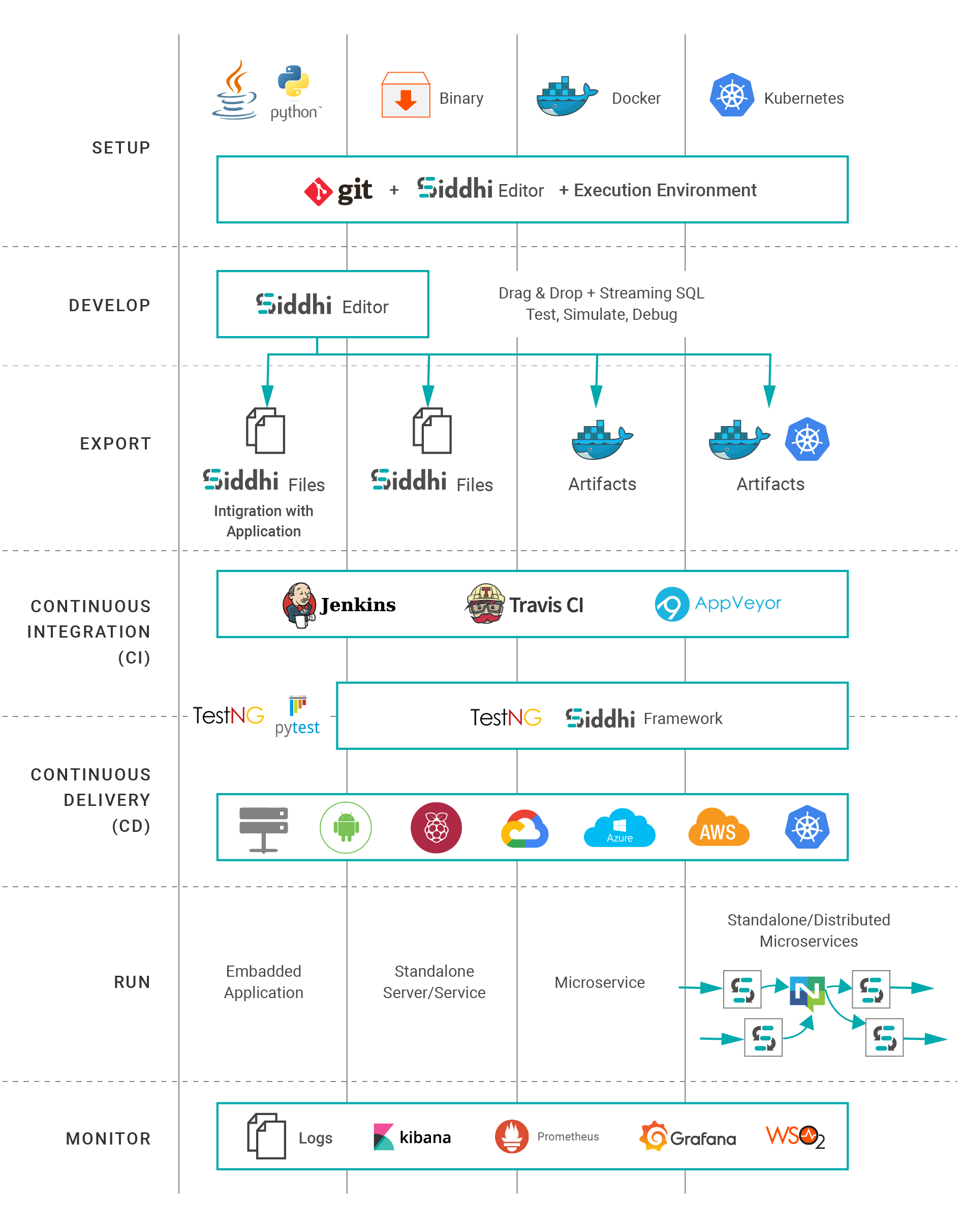 Siddhi Application is the artifact that defines the real-time event processing logic of Siddhi as a SQL like script with .siddhi file extension. It contains consumers(sources), producers(sinks), streams, queries, tables, functions and other necessary contracts depicting how the events should be consumed, processed and published.

Find out about the supported Siddhi extensions and their versions here.

Siddhi can run in multiple environments as follows.

For all Siddhi execution modes following are the general system requirements.